Shut up and take my money!!

I just found out that my two favorite hobbies were combined by fate almost 70 years ago. Anybody ever seen one of these in person?

Saw one at a gun show once. About 16-17 years ago. They are not WW2 weapons though, if that's what you're thinking. Might not have even seen use in the Korean War. I believe IH only made them in the early 1950s, right at the end of the M1's service life.

Shot one in Service rifle matches when I was a kid. It was a Department of Civilian Marksmanship rifle. Target guys back then preferred the Springfield or Winchester M1s. Could have picked an IHC up cheap, but I graduated to a National Match M14 and never went back to an M1. One of my regrets was not purchasing an IHC M1 through the DCM.
S

That is the most in-depth write up I have ever seen. I ended up skimming, but I will have to look at it again, as it contradicts things I thought were facts. It seems very well researched, which I have never done.
I understood they were too late for Korea and never made it to 'Nam, but that comes from old soldiers, not the factory.
There was one last winter at an auction that was stunningly clean and original. Many are built from parts bins that came back from Italy, but this one was original. I thought I could never afford it, then heard it sold for $1,000. Dang! I was expecting twice that or more.

It would be cool to have a IHC M1 for my scout. Anybody have any pictures of a good gun rack setup in a scout?
7

For a more contemporary and improved garand type rifle that corresponds to the Scout II line check out the Ruger mini series rifles. In my scout I have an upright gun rack mounted to the rear and between the seats. I typically carry a stainless mini 14 and a Remington 870 in the rack. It is pretty handy. Firearms in scouts esp. long guns can be a pain to conceal. When hauling fire arms I never leave the truck unattended. Here in FL if it is not nailed down it will grow legs.

Neighbor has one he’s shown me picture of. I asked for bids if he ever sold it 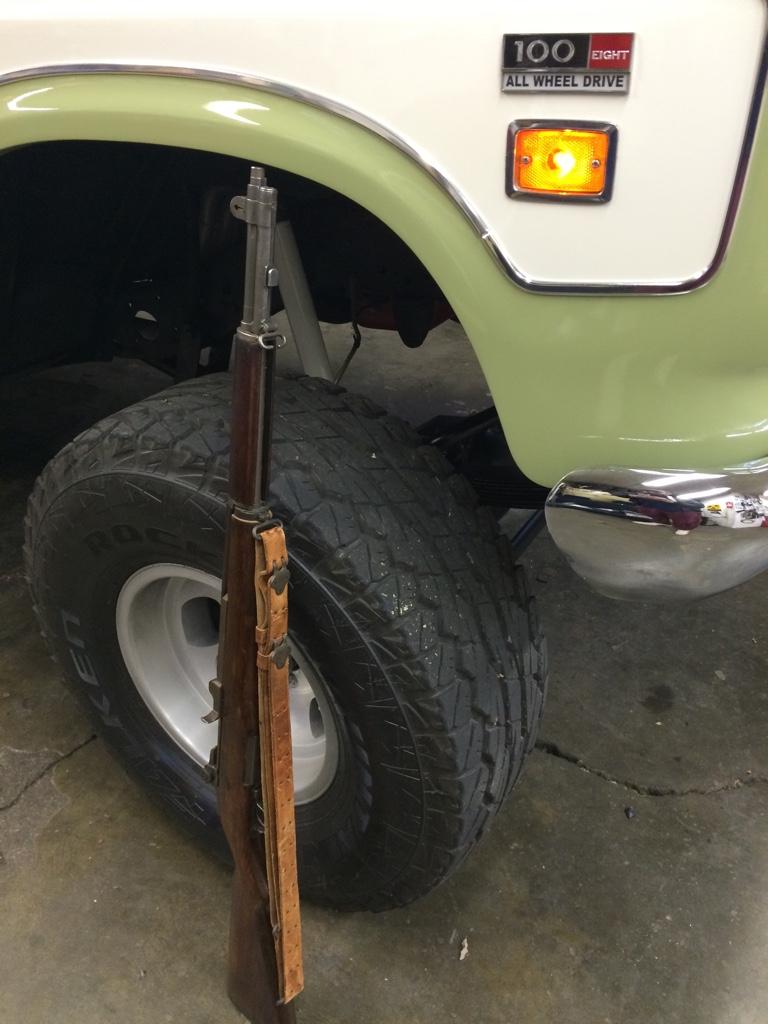 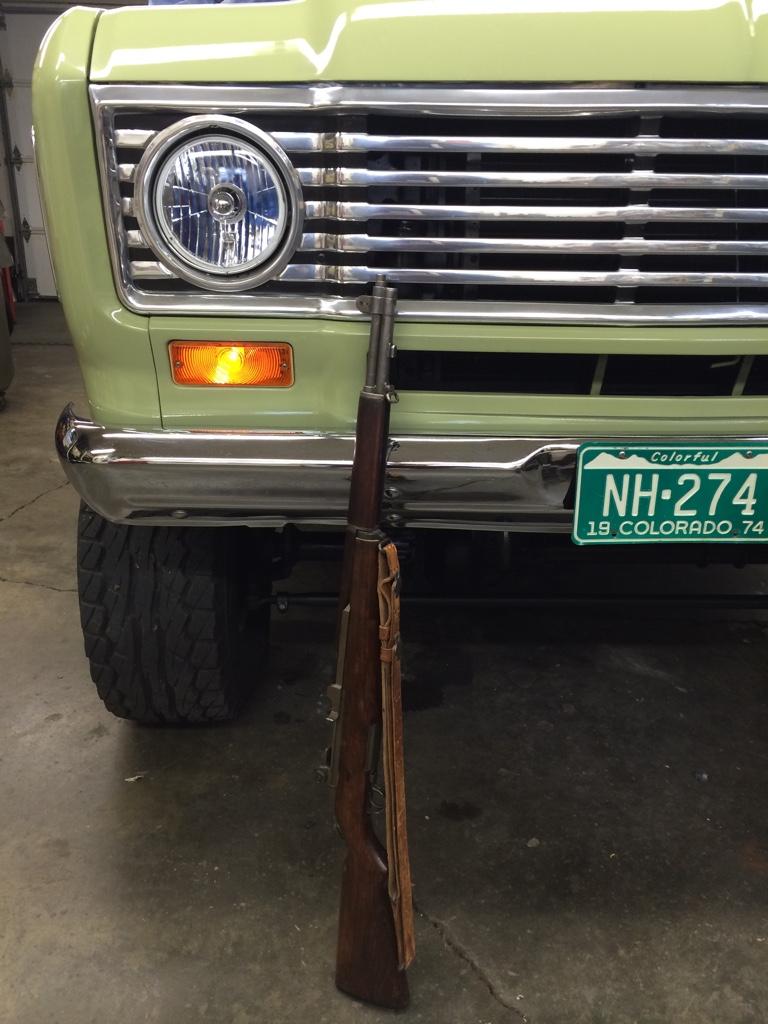 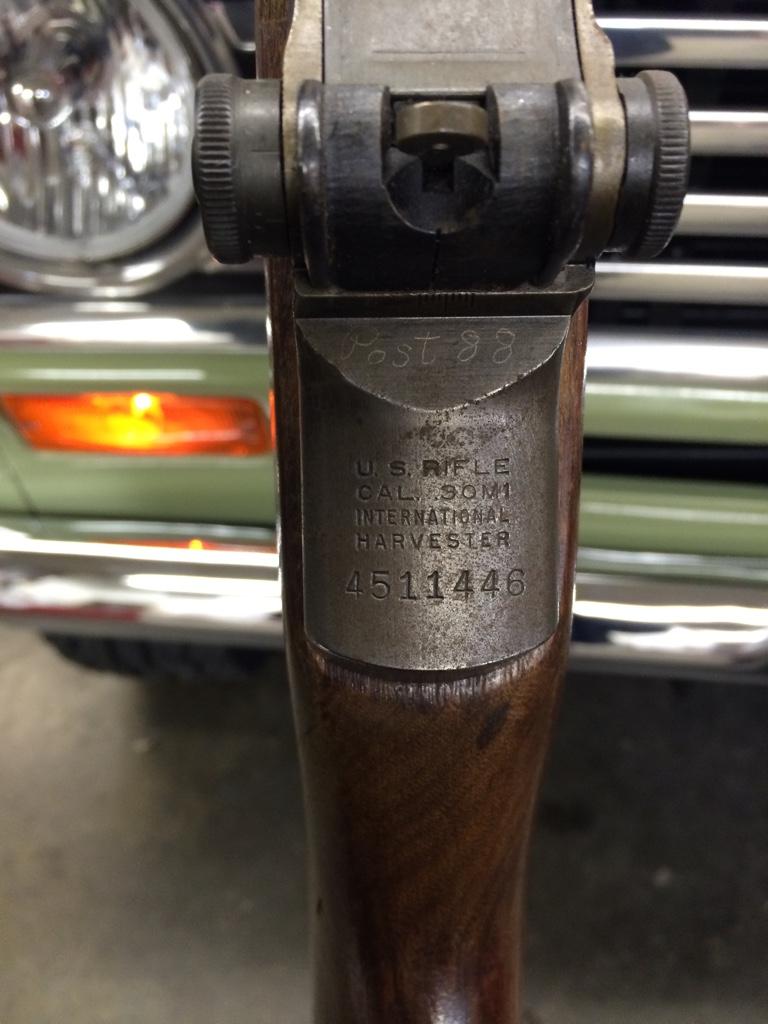 
Sent from my iPhone using Tapatalk

My IH M1 garand is one of my most prized possessions. Also have a WWII M1 carbine (Underwood). Still need a WWII 1911.

Here's where you get them. https://thecmp.org/sales-and-service/m1-garand/

J.J that’s a sweet looking truck! Any idea what “post 88” was/is? Whoever engraved that on there sure did it with a flourish.

Probably an American Legion or VFW post I would guess.
I'm jealous, though as noted earlier, my match M14 is a better shooter.

Challengeexcepted said:
J.J that’s a sweet looking truck! Any idea what “post 88” was/is? Whoever engraved that on there sure did it with a flourish.
Click to expand...

Sozzy said:
Probably an American Legion or VFW post I would guess.
I'm jealous, though as noted earlier, my match M14 is a better shooter.
Click to expand...

Thank you gentlemen! I did some local trading a few years for it, it came out of the American Legion Donelson TN #88. It was used with the Color Guard for many years.

I met an older guy last summer at a local cruise in, he was checking out my truck, and asked me if I had ever heard of the IH Garand. I told him that I was indeed an owner, and he gave me quite the education on them. He was spending his time sourcing pieces and parts to assemble 100% correct to the part IH Garands, then selling them for lots of money. I can't recall his name, but believe his email address was thegarandman@comcast.net