How long was Colonel parked?

Methinks you have bad check valves in your mechanical pump.

Methinks you have bad check valves in your mechanical pump.
Click to expand...

MrKenmore said:
Not that replacing anything with a new part means anything of course!!!
Click to expand...

Seems you're making nice progress with the issue. Agree that it shouldn't be happening because of the mechanical fuel pump. Believe you're on the right track that somehow the fuel drains or gets sucked back into the tank.
Reminds me of a similar issue with a well water pump we had that a check valve at the pump finally corrected. Never really found out what or where the problem was but got it fixed anyway...LOL

Note I do have all my tanks "vented" to the charcoal canister. 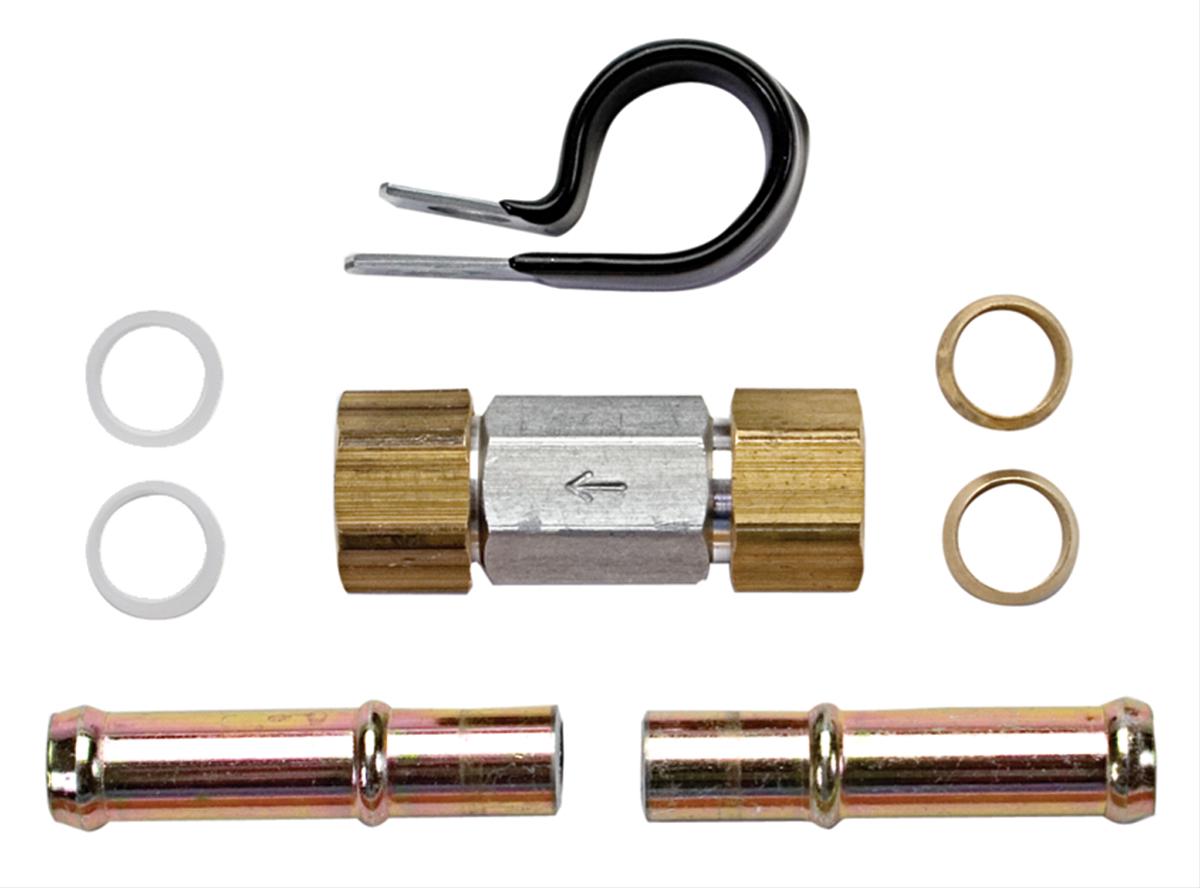 Probably running off topic slightly and may or may not be similar with a fuel line but with check valves in general and how everything seems to be crap today, we had two tries on that water pump issue. The first check valve was set in line horizontally, still had a slight issue with the pump losing prime at random times. After removing it again, playing with it and looking at it closer, I decided to try something and the pump has worked flawlessly since . I changed the pipes so the valve would sit vertically. I believe that even though it was a very pricey valve, there wasn't enough back pressure from the pump to close the valve completely while it was sitting on it's side allowing water to slowly leak past. Putting it in upright allowed gravity to help close the valve enough to solve the problem.
Last edited: Sep 5, 2021
R

Mechanical fuel pumps have 2 check valves, one for inlet and one for outlet.

And you know NEW stands for Never Ever Worked.

I had a similar problem on my Roadrunner, the Carter pump was new but I always had hard starting, evenovernight. Eventually replaced the pump with an Airtex and can let it sit for weeks and it fires on the second crank.

Power steering gear box is swapped. This wasn't too bad of a job. The biggest problem was how darn heavy it is! It was really tough to get in position and start the bolts. I was very nervous the pitman arm was going to fight me and not come off. Luckily it did come off with a puller and the help of a breaker bar. This puller is part of the set sold by Harbor Freight. This exact tool really isn't for a pitman arm but thank goodness I bought the full set. I believe it's for separating ball joints. The pitman arm was on so tight, the gap was too close to slide in the proper pitman arm remover. All of a sudden I heard pop and much to my surprise it let loose!!! The pitman arm has a pattern to the teeth so it is pretty hard to mess up the reinstallation. Just start the work with you steering wheel and tires straight. Here is the old box and the new box. The bolts holding the box in were a real pain in the neck. MrsKenmore helped me position the box in place so I could start a bolt. You can also see the cast iron adapter plate that is used to mount the box to the frame. It's kinda strange. You bolt the adapter plate to the box with one bolt. The remaining three are through bolted (through the plate). The fourth frame bolt attaches to the plate only. All bolts are 7/16 grade 8 (reused). This is the back side of the frame. There is a diagonal reinforcing bracket that the two forward most bolts go through. This attaches to the diagonal frame brace which is riveted to the front and side. Here is the new steering coupler / rag joint. It's a Lares 201 (same as the early Scout II). Make sure you remove the tightening screw before you fully slide on the steering coupler fully in. The nylock nuts that secure the steering column get tightened to 11 foot pounds. The pinch bolt we discussed previously gets tighten to 32 pounds.. I reattached the high pressure line. I capped the low pressure return port at the pump. The return line of the box got a clear vinyl tube so I could flush things out. I really like the method of jacking up the front end and then then using the steering wheel to go back and forth. This forces fluid to move through the system and you get a good flush. I now reconnected the return line and did the same procedure with the reservoir cap loose. Add fluid as you go. Vehicle is not running.

Test drive appeared pretty good!!!! No leaks!!! What a relief. The previous box was leaking very badly. I do need to go back and properly torque the pitman arm retaining nut to 120-160 foot pounds. However, it's a funny size nut which I don't have. It's just bigger than 1 1/4", probably a 1 5/16".

Great work Matthew! My 200 box is slightly weeping, wanna come fix it for me? HAHAHA

Only if you help me get the box into position! Not a one person job LOL!!!

So we weighed the old steering gear. About 32 pounds. But it felt like 50 pounds!!!! There was also a 32 mm deep impact socket that would have worked but was $20. The 32 mm was a more snug fit.

So long as it's not Taco Tuesday of course!

Haha..exactly....TT and the day aftereffects have had things turned around before

Yes, and Dew is still barefeeted too !! tacocat and all. Makes me thirsty...

a thing of beauty!