At Anything Scout, we are constantly trying to improve the drive-ability and and functionality of the Scouts that we work on. We have explored many different ways to improve steering, fuel economy, safety, reliability, ride, and performance. We have been using the GM LS series motors in many of our projects for the past few years and have gained a real appreciation for the "get in and drive reliability" of a Scout with such a refined drive train.

Some may scoff at the idea of putting anything but an International drive train in their Scout. We also appreciate this sentiment, pristine Scouts that are completely stock are fantastic! It is a sweet thing to feel the torquey power of the IH drive train in a Scout, there is nothing like that. We've done restorations in which we brought Scouts back to their original glory and that will always have it's place. That being said, we also cater to the type of people who love the look and durability of the Scout but want the performance, drive-ability, economy, and safety of a new vehicle. To that end, we have developed several innovative package type configurations of LS motors, transmissions, transfer cases, braking systems, axles, and roll cage/safety belts that we use in many of the Scouts that we build here in Iowa. Ten years of building Scouts brought us to one of our house favorite builds so far; Terry's 6.2 liter Scout II.

Lets start at the basics, this Scout is powered by a 6.2 liter L92 engine with a 6L80 transmission behind it (6 speed automatic) this setup is out of a 2008 Cadillac Escalade. The Transfer case is an Atlas 2 which powers a Dana 60 rear axle and a Dana 44 front.

Not bad first 6l80 i have heard of in a Scout. I was going to swap to one in mine but would have had to cut the tunnel. how much of the trans tunnel had to be cut to clear the 6l80 to keep it tucked? Also whats the axle ratio and tire size the 6l80 low first really doesn't like a low final drive even with larger tires it makes first useless. 3.73 is typically max or first gear is useless. Also do plan to hook up the TUTD shift function? If not it will just shift right out of first and not hold gears off road. Why the mech fan?

Also you can get a interface box to run cruise control so you don't have to add a BCM, which was pretty much only way to get cc on a gen iv. I have the link on my laptop. If you didn't already know about the cc.
S

The trans fit in the tunnel with no cutting, however we did do a 1" body lift with new body bushings. We did have to tweak the passenger side floor support fin to fit the Atlas. You're right the 6L80e has a really low first and in auto mode it shifts quickly out. This Scout does have the "tap shift" enabled with a micro-switch integrated into a stock modified shifter. The tap shift option is really cool and works well upshifting and downshifting. It has Pro Comp LT285/75/R16 tires on it. The axle ratio is 4.56 and the Scout has very snappy acceleration and cruises 75-80 mph with no trouble (2300-2400 RPM). If the Scout was going to be used for primarily long road trips we may have gone 4.10. But this Scout will be living in Seattle cruising around town, off-road, and towing a boat!
Last edited by a moderator: Feb 28, 2014

Here is what the tap shift looks like in the truck. It is a fantastic feature. Our customer wanted to keep the shifter and dash stock but also wanted to be able to instantly use the feature, this is how we accomplished it.

Ok looks like you got your bases covered. Bad thing with tutd with out a racepak or similar you dont know what gear your in visual just have to shift it to D to reset it. Who did the tune?


And I am glad all the IH shops are getting in to the 21st century with the LS swaps finally. The next thing is Gen V and direct injection more power and can run reg gas!

As said before, this truck is design for performance as well as safety. This leads us to the Axles and braking system. Lets start at the front. This is a '79 so it had a Dana 44 with disc brakes, we did a cut and turn on the knuckles and did a spring over axle conversion.http://www.anythingscout.com/part/2904-spring-over-axle-kit-scout-ii
We believe that our spring over axle setup is one of the safest and stable ways of lifting a Scout. We put 4.56 gears in the axle with an open carrier. We also put our Workman Front Reverse shackle bumper on the Scout, which compliments the SOA conversion nicely.

For towing purposes and to handle the power, we put a Dana 60 in the rear. This Dana 60 is Scout width and is equipped with a Warn full float axle kit, disc brakes with e-brake, and an ARB air locker (4.56 gears). The rear is spring under with 4" lift springs (spring under us better for keeping axle wrap under control) also we put a sway bar on it.

With front and rear disc brakes the stopping power of this Scout is good but the enemy of Good is Better! We specialize in Hydro Boost brake systems for Scouts so we integrated one into the already upgraded braking system. This gave the Scout "new vehicle" response at the pedal and controlled, even stopping power, which equals peace of mind when you are cruising down the freeway at 75 MPH. We built the interior of this Scout with safety in mind as well as comfort and durability. Using our "cage legs" http://www.anythingscout.com/part/3492-roll-cage-support-legs we built a roll cage that has front and rear 3 point seat belts. We also installed child safety seat hooks in the floor behind the rear seat.

Other features of the interior include leather heated Corbeau seats, lighted center console, converted factory AC, extra cabin lights, Scorpion bed liner, sound deadening material, factory vinyl front floor cover, and a vintage ADS brand sound system. Our Customer wanted the interior to look unsuspecting, plain and fairly stock so we modified the factory sifter to work with the 6L80 and also interfaced all of the factory gauges with the motor. The only gauge we added was an old school tac, which we mounted on the steering column.

Just to clarify, this truck is built as a daily driver. Its not a show truck or a resto. Its a rubber to the road driver meant for use and abuse. It is built to accommodate daily life.

Here are some pictures of the engine compartment. Our goal was to make it look like it was done in a factory.

Simply awesome!!! Would love to do something like this to one of mine someday.

That is some really nice work.

This is a sweet build... I'm in the process of deciding how I'm going to do my LS swap... Do you sell the following... motor mounts & harness?
S

Wow want to do this . Very impressive
M

Excellent build. Love the performance and modernization/safety elements chosen here. Must be a pleasure to drive.

Any more details to share on the rear anti-sway bar? Addco, an OEM take-off, custom, or? Any fit or performance feedback? I'm very interested in adding one to my Scout and welcome more options. Thanks-Michael

PS, regarding the tap shift gear change switch on the shifter...missed opportunity to retrofit something like this: 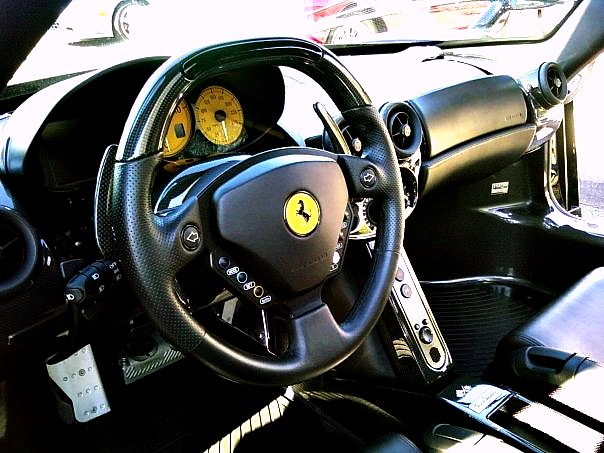 Good point! I'll have to look for one of those on the next build Socrates! Might be yours! If you're ever in the midwest you can take one for a test drive!

Nice looking Scout, but in the end, it still has a bowtie in it... How about an article about putting a Coyote 5.0 in a Scout? For those of us that disdain Government Motors? Or maybe an Ecoboost? Hell, even a Hemi?
You must log in or register to reply here.
Share:
Facebook Twitter Reddit Pinterest Tumblr WhatsApp Email Share Link
Menu
Log in
Register
Install the app
Top