First time poster here and love the forum, so hopefully I’ve got this in the right spot. I recently bought a 1979 Scout II and have been going thru everything to get it in good running order for this spring, but came across a few things that just stand out to me as unique on this truck. I bought the truck knowing it had a fiberglass tub and fenders on it, but as I started to dig into this thing it almost appears to have been done too well for it to have been an amateur aftermarket job. The other thing that’s odd is this truck had a fairly high number of options on it and the frame and everything is in amazing shape. Being from indiana that just doesn’t quite happen due to the fun rust belt were in. The PO told me the truck has been on that farm it’s entire life as a plow truck, but he got it when he bought the farm and didn’t have all of the backstory on it. All that to say, was there ever such a thing as a “factory” fiberglass option? I know this truck is a fairly late run 1979 and with the last one rolling off the line in 1980 I suppose IH could have been tried throwing something out there as a last ditch effort to rebound sales? Here’s a few images and the line ticket, if anyone has some thoughts or ideas I would appreciate it! I’m a big history guy and love these old scouts so the more I can learn the better.

A company named Kentrol made Scout fiberglass tubs and parts. There is info on them here if you do a search. The Scout III prototype is also fiberglass.

These guys appear to be selling some fiberglass parts.

Other than the 30-40 SSV prototypes (which are sometimes incorrectly called "Scout III") there were no production fiberglass Scout. The tops of the Terra and Traveler wer fiberglass and there were a number of earlier fiberglass prototypes. Had the company not been killed, the SSV (SSV for "Supplemental Scout Vehicle" ... it didn't have an official name yet, though "Pajero" had been discussed) was likely to have appeared for 1981. Had things gone according to plan, they might have had an all-new Scout in '84 or '85 and it might have been fiberglass (DOT regulations might have prevented it by then). Lots about it in Scout Encyclopedia ( https://www.facebook.com/ScoutEncyclopedia/) and an earlier story here https://www.fourwheeler.com/feature...ers-corvette-a-future-scout-left-in-the-past/

But, no, there were no factory fiberglass body production Scouts.

BinderBookie said:
it didn't have an official name yet, though "Pajero" had been discussed) was likely to have appeared for 1981.
Click to expand...

Interesting. That name was later used by Mitsubishi on their SUVs overseas; we called them Monteros here in the USA.

Were the Monteverdis fiberglass or steel bodied? Anyone know?

OP - most likely the Scout rusted so fast that someone early on spent the money to replace the rusted out steel with fiberglass parts.

Patrick Morris said:
Interesting. That name was later used by Mitsubishi on their SUVs overseas; we called them Monteros here in the USA.

Were the Monteverdis fiberglass or steel bodied? Anyone know?
Click to expand...

Says the Monteverdi Safari weighed in at 4,500 lbs.

BajaIH said:
Says the Monteverdi Safari weighed in at 4,500 lbs.
Click to expand...

Yeah... I don't know if it tells us much. If you're implying that the cars were too heavy to have been FG bodied, the weight might have been off-set by thicker FB panels and extra luxury stuff packed in? I could definitely be wrong though. Never actually handled any FG Scout panels. OTOH though, Monteverdi was a pretty small company. I don't know if they had the machinery to pop out custom-design steel panels in low volume. I believe it's a lot easier to make and use FG molds.

Either way, I've said it before. I think IH should have built these Monteverdi Safaris under license here as the "Scout III". These things kicked the cr@p out of the SSV looks wise. 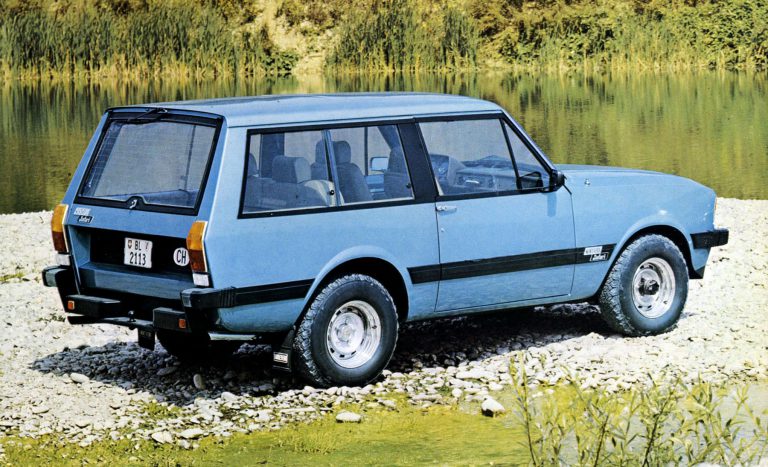 Patrick Morris said:
Interesting. That name was later used by Mitsubishi on their SUVs overseas; we called them Monteros here in the USA.

Were the Monteverdis fiberglass or steel bodied? Anyone know?
Click to expand...

Thanks for the quick replies all! I’m trying to get in contact with the original owner to try and get the full history on it and will share any details I get. Interestingly enough I was talking to someone this morning who was a retired IH mechanic who worked at the IH dealership in Kokomo IN (1977 to 1980) and he recalled the owner of the dealership (Jack Shepherd) getting a loaded up 1979 Scout II that had been shipped to them with a glass body on it already. He remembered it specifically being glass because he had to service it. Is there any chance a few dealers / owners may have gotten prototypes ahead of the SSV? This truck has been in indiana it’s whole life it would appear even till the day I bought it just outside of indianapolis. I know IH had a large manufacturing presence here up thru the 80s, so is there any chance that had any connection to it?

NO chance whatsoever! I don't care what some guy pulled out of his butt and told you. THERE WERE NO FIBERGLASS BODY SCOUTS BEYOND THE PROTOTYPES WE TALKED ABOUT. Don't doubt me on this, I'm what you call an expert. I saw the LST and it's a standard production Scout with all the standard body codes. Nothing on that LST indicates it was a prototype. If I wasn't typing one-handed, I could give you a thousand words on how it isn't possible.