The SSV ("Supplemental Scout Vehicle") was a late-1970's developmental program in which a lot of things were tried as they worked to come up with a vehicle to add to the Scout line. Nothing was really finalized about the design. Hence there are some significant differences among the photos and specimens known to exist.

There were probably ten or a dozen prototype SSV's built over several years, probably no two of them identical. They came in various colors, some molded in--I recall white, orange, and an ugly green, and some were painted. I believe the one at the Auburn-Cord-Dusenberg Museum (pictured below) is painted a bronze color (not orange as I remembered) and was the one that was taken to various shows around the country to get customer reaction.

I would think the one at the ACD Museum was probably close to what might have been the final design if it had reached production. Therefore, it was probably the most complete one that existed.

The project first started out as the Scout 85, because of a planned 85-inch wheelbase. Then it grew to about 90 inches, and finally ended up on the standard 100-inch wheelbase. I recall some variations in rear end design -- some opened, some didn't, and other variations.

Most of them were cut up when testing was completed as they were not vehicles that could be certified for highway use and sold.

I am aware of the 2 complete vehicles remaining: one at the ACD Museum and the one that JB Hunt reportedly acquired. There is also a body and a lot of the unique parts that were collected by a Road Test Mechanic when IH auctioned off a lot of suplus parts at the end of the Scout program. He said he was going to build his own SSV, but I have yet to see it. 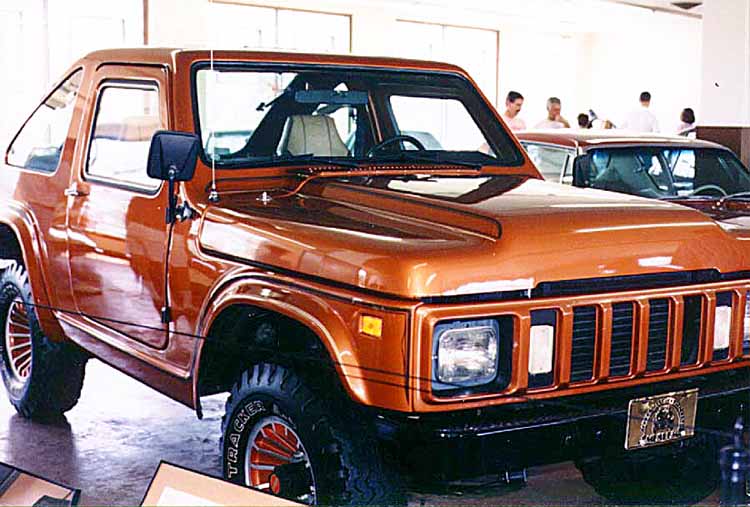