Scout II How to mount tow hooks on the front end of a Scout II seems to be little-known in the IH community, and it seems that few vehicles were purchased with hooks back when such vehicles were available new.

After pondering different ways to mount hooks to my own '79, I finally came across a 1980 Scout that had IH-installed hooks. Based on IH's method, here is how I mounted my own.

The two holes on the underside of the frame (1. The bumper mounting bolt, and 2. the hole in the flange that is located where the frame rail meets the front frame crossmember) are not properly spaced to mount the commonly-available tow hooks. To use these mounting points, and adapter must be added. Measuring my truck and my hooks, this is what my adapter looks like (note that the hole spacing may vary from truck to truck - it would probably be a good idea to measure your own to get the exact numbers - particularly the 3.595 dimension): 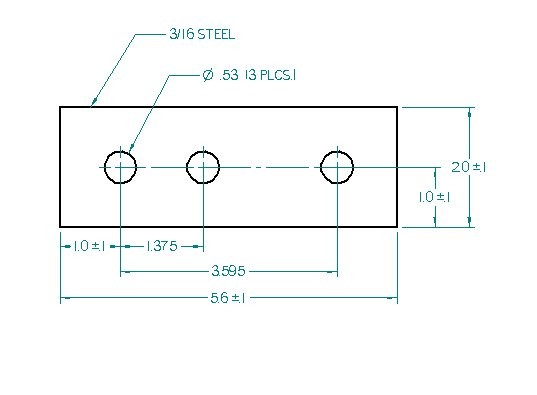 Using hardened hardware (1/2" grade 5 is what I used), assemble the adapter and hook with the frame as shown in this picture: 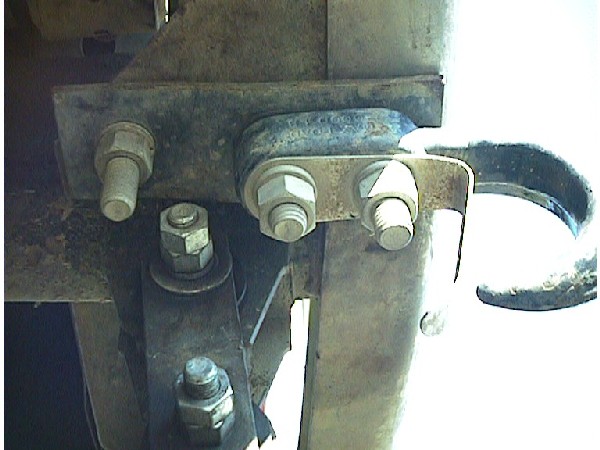 The bolt to the far left (as shown) passes through the opening in the flange between the frame rail & crossmember.

The right-most bolt is a replacement bumper mounting bolt.

Since installing these hooks about a year ago, I have used them many times to extract trucks stuck in NJ Pine Barrens mud, and to be extracted myself. To date, they show no signs of failure. However, on the disclaimer side of things, use at your own risk.

This is a well written and useful article. The drawing of the adapter will be very useful. As noted by the author, tow hooks are useful for helping others, and the occasional tow of your own vehicle!. I have only installed one set and they fit into holes on the grille guard.
Upvote 0 Downvote
Read more…
Menu
Log in
Register
Install the app
Top