KB Article How To Install Liftgate Glass And Seal By Yourself

Overview Reviews (1)
Not Catching any Fish?..How to Make Use of that Stringer!
Or
How to Install Liftgate Glass and Seal by Yourself

I find myself in somewhat of a pickle from time to time. With the wife in night school and 2 small children, usually the only time that I have to work on my binder is after 10 pm during the week, and good help is hard to find in that time slot. Often the larger projects get stalled waiting on the weekend for assistance.

One project which is usually considered a two man job is replacing the window seal on the liftgate of a Scout. This is usually accomplished when one person holds onto a soap-slippery piece of glass on the outside, while the other feverishly tries to work the seal into position from the inside while wrestling with some sort of prying device in a confined space that makes the local OSHA inspector giggle with anticipation. Provided all goes well and the glass doesn’t get dropped from either pushing too hard, or not hard enough, the job eventually gets done, most likely with a few screwdriver scars.

I was faced with the need to replace my Scout liftgate glass seal recently. Not having any assistance, I decided to tackle the project on my own so that I could continue pressing forward with improving the overall drivability of my binder.

The first step is to remove the liftgate from the top by removing the seven 5/16” hinge bolts, and the two lift supports. The liftgate can then be put on 2 sawhorses (or a bench) for stability, with a towel or two for cushioning of the glass and liftgate.
The old seal is likely very brittle and can easily removed with a flat head screwdriver with some gentle prying. The glass will drop onto the towel cushion when the seal is completely removed, with little coercion required. 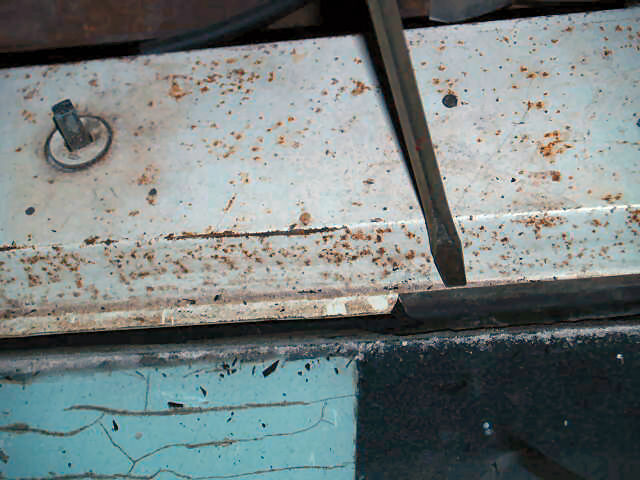 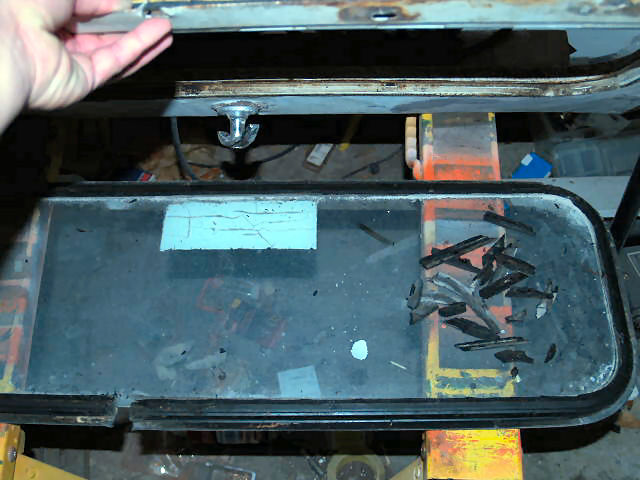 
Once the seal is removed, some old dried rubber may remain on the glass. It can easily be wiped away with some solvent. Mineral spirits works well for this. Then clean the glass with window cleaner. Note: This would have been a good time to remove the bumper sticker on the glass. Since I haven’t decided to remove it yet, I worked around it for now, knowing I can remove it later if needed. 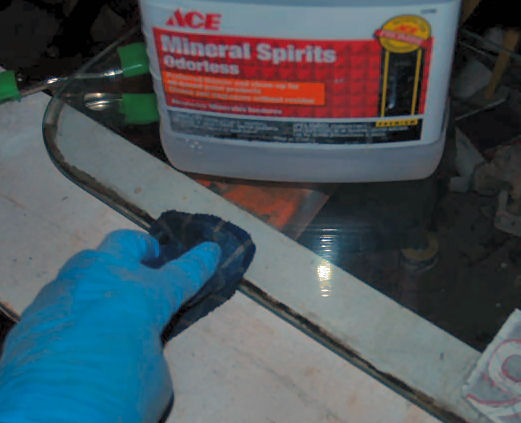 
After tending to any paint and body issues on the liftgate, place a pair of folded towels on the sawhorses or bench to support the glass. Place the glass on the towels, interior side up. 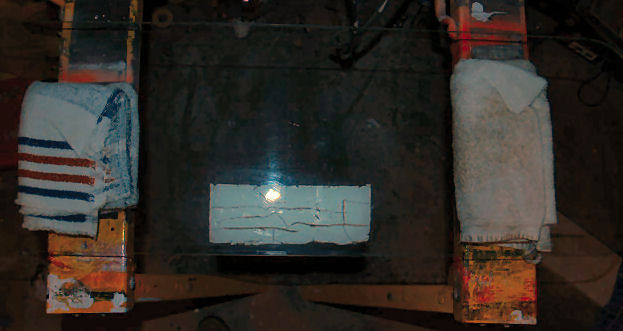 
There are several seals available, but I chose the one that came with the kit from Super Scout Specialists since I needed the seals for the doors as well. The seal can be worked (with the inside up) rather easily onto the edge of the glass all the way around. The seal I selected was not a one piece, so it had to be cut to fit with an inch extra. An extra inch will compress in there to allow for shrinkage as the years go by, and to ensure there is pressure in the splice area. I spliced the two ends at the bottom center of the glass where the previous seal was spliced. 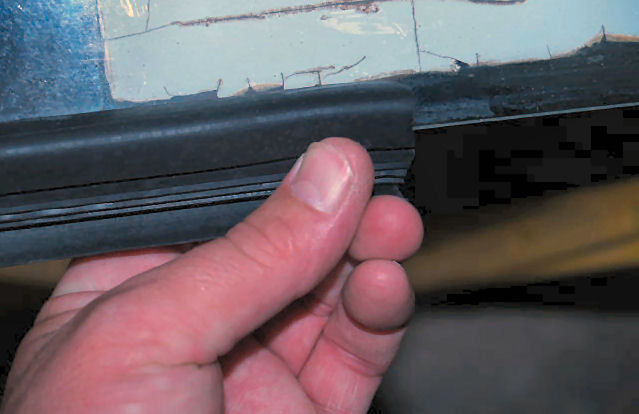 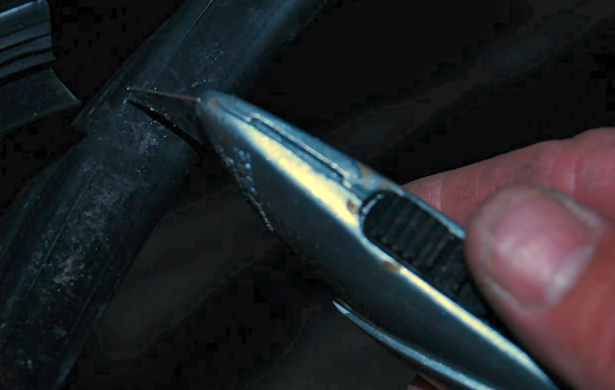 
Once the seal is in place around the window, use a cheap fishing stringer (God knows it hasn’t been utilized for holding any fish lately) and place it into the groove where the liftgate metal will be. It works around fine and has a built in slip knot to allow for easy tightening. There are many things that can be utilized for this purpose, such as weed trimmer line, piano wire, etc. Whatever you decide to use should be a filament type product that wont abrade the nice new rubber that you just purchased. Cotton rope or spun ropes should be avoided. When using other lines, you can compress the seal using a shoestring tie. 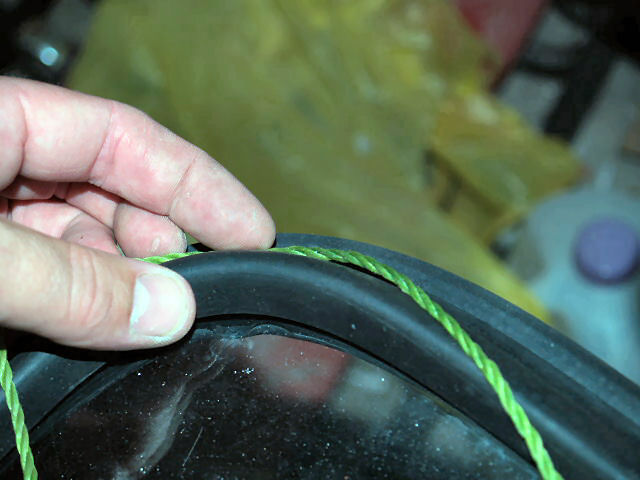 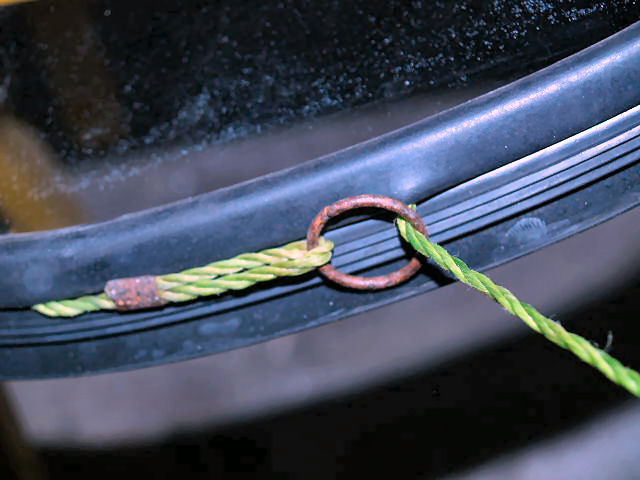 
Mix up a solution of soapy water using 1-2 tablespoons of hand dishwashing liquid in about 20-32 oz. of water. Using a sponge or brush, apply the soapy water liberally to the seal, inside and outside of the grooves, as well as anywhere you think the process might be aided by lubrication. 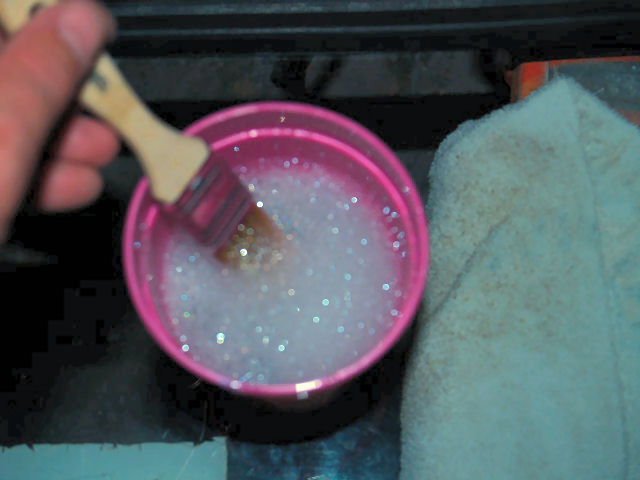 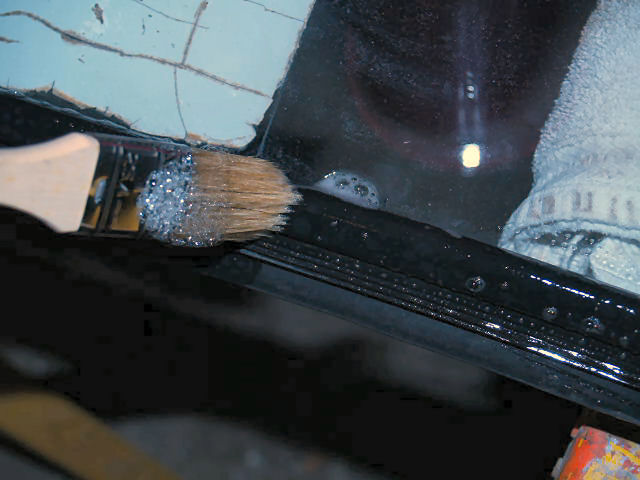 
Place the liftgate (interior side up) onto the glass and seal, making sure to bring the ends of the stringer to the inside. Gently pull the stringer up and around the glass. Allow the weight of the liftgate to hold the glass in place, and work one corner at a time. If you used a cut to fit seal, make the splice area the last place you pull the stringer out of and then massage the end gently back into place. Windshield sealer may be used at the splice area if there is any gap, but it's not necessary if you cut it a little long to begin with. 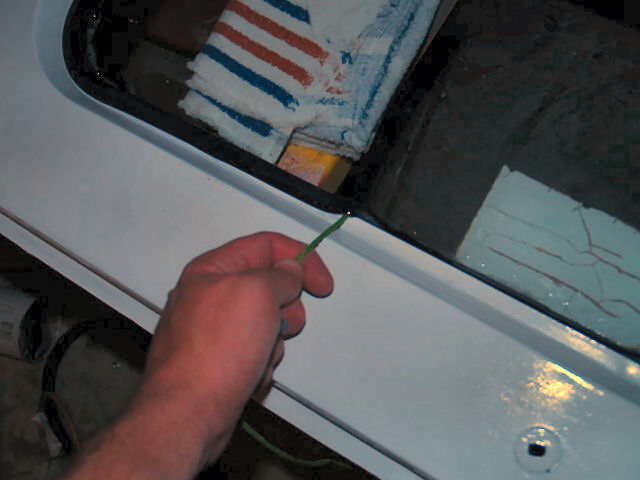 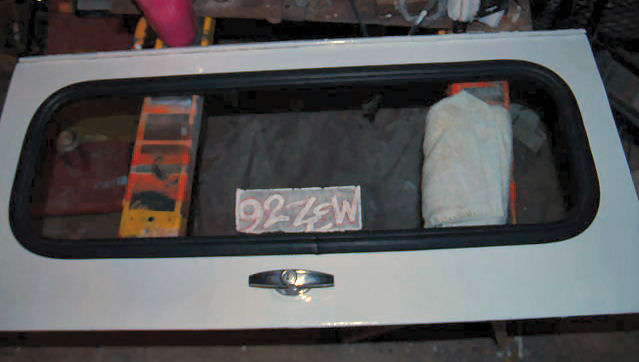 Bolt the liftgate back into the top, reattach the lift supports and you’re done!

This was a really easy one man job and took much more time to document than it did to perform. I never felt that I might lose the glass, or that the seal may not work its way in. Hopefully, I will be writing my next article soon…..”How to Utilize a Fish Stringer for It’s Intended Purposes”
Reactions: coloroscout, SteelyCal, Jesse Tischauser and 3 others

I was trying to figure out how to replace the seals in my son's traveler. I just need a longer stringer that I have never used
Upvote 0 Downvote
Read more…
Menu
Log in
Register
Install the app
Top